Nature: At the fall ACS meeting that immediately follows the announcement of the award the recipient will present their research in one of the PHYS symposia, be honored at the annual PHYS reception, and receive a $5k honorarium. The recipient will also be invited to the next Telluride School on Theoretical Chemistry (TSTC), which are held every other summer, starting in 2009. At that meeting, he/she will present a plenary lecture.

Eligibility: Eligibility is restricted to Physical Chemistry Division members who, at the time of the nomination, have not yet won a national award from a scientific society that is based on the nominee & scientific accomplishments. Members of the National Academy of Science are also ineligible, but fellowship in a professional society is not considered a national award in this context nor are awards that recognize service to the chemistry community. The intent of this award is to recognize a top-notch mid- or senior-career scientist who is a key player in the physical chemistry community with a long history of exemplary research contributions, but not a commensurate level of national or international recognitions. At the time of the nomination, currently serving members of the PHYS Division Executive Committee in any capacity, including subdivisions and councilors as well as individuals who are up for election to these positions, are ineligible for nomination for this award until after their term of service. Donors are not excluded from being nominated for the award.  To avoid conflicts of interest, the amounts that people donate will not be public knowledge and anyone with that knowledge will not serve on the awards selection committees.

Nomination Procedures:
1. A nomination letter of not more than 2 pages.
2. At least two seconding letters with no page limit.
3. The applicant’s CV.
4. A list of the publications that the nominee is most proud.
5. A written assurance that, if selected, the nominee will attend the PHYS awards banquet and give their seminar at the ACS meeting in person.
6. Please make a copy or download, then complete, the nomination form.

Application Deadline: All materials should be sent electronically to acspchem@vt.edu. The deadline is November 7th each year. Please include the nominee’s name in the subject line of the e-mail.

Professor Jack Simons: Professor Jack Simons received his Ph.D. training in theoretical chemistry from the University of Wisconsin, Madison in 1970. After spending time as an NSF postdoctoral fellow at the Massachusetts Institute of Technology, he joined the faculty of Chemistry at the University of Utah in 1971. Professor Simons has made numerous contributions to the field of theoretical chemistry, especially methodologies relevant to the understanding of physical and chemical properties of negative molecular ions. He has published more than 340 papers and several monographs on various topics in theoretical chemistry, and he has been recognized by numerous awards for his contributions, including the International Academy of Quantum Molecular Science Medal, the Joseph O. Hirschfelder Prize in Theoretical Chemistry, fellowships from the Alfred P. Sloan Foundation, the Camille and Henry Dreyfus Foundation and the J. S. Guggenheim Foundation, and various named lectureships at institutions around the world. Professor Simons has a passion for chemical education, having written several widely used textbooks on physical chemistry as well as web-based educational materials on theoretical chemistry and the principles of chemical reactivities. Professor Simons has also dedicated a tremendous amount of his time and resources to the physical chemistry community in the US, having helped establish the Telluride Summer School in Theoretical Chemistry and the ACS – PHYS divisional awards.  In recognition of Professor Simons’ scientific accomplishments and service to the theoretical chemistry community, the Executive Committee of the Physical Chemistry Division of the American Chemical Society voted at the Fall 2022 to rename the Senior Theory Award to the Jack Simons Award in Theoretical Physical Chemistry.

Sponsor: PHYS Division and the Telluride School on Theoretical Chemistry.
This list will be periodically refreshed. Feel free to reach out to laurieg@vt.edu.

Self-nominations will not be accepted.

Carryover: Nominations for this award will carryover for 3 years. You may also update the award, if desired, by resubmitting. 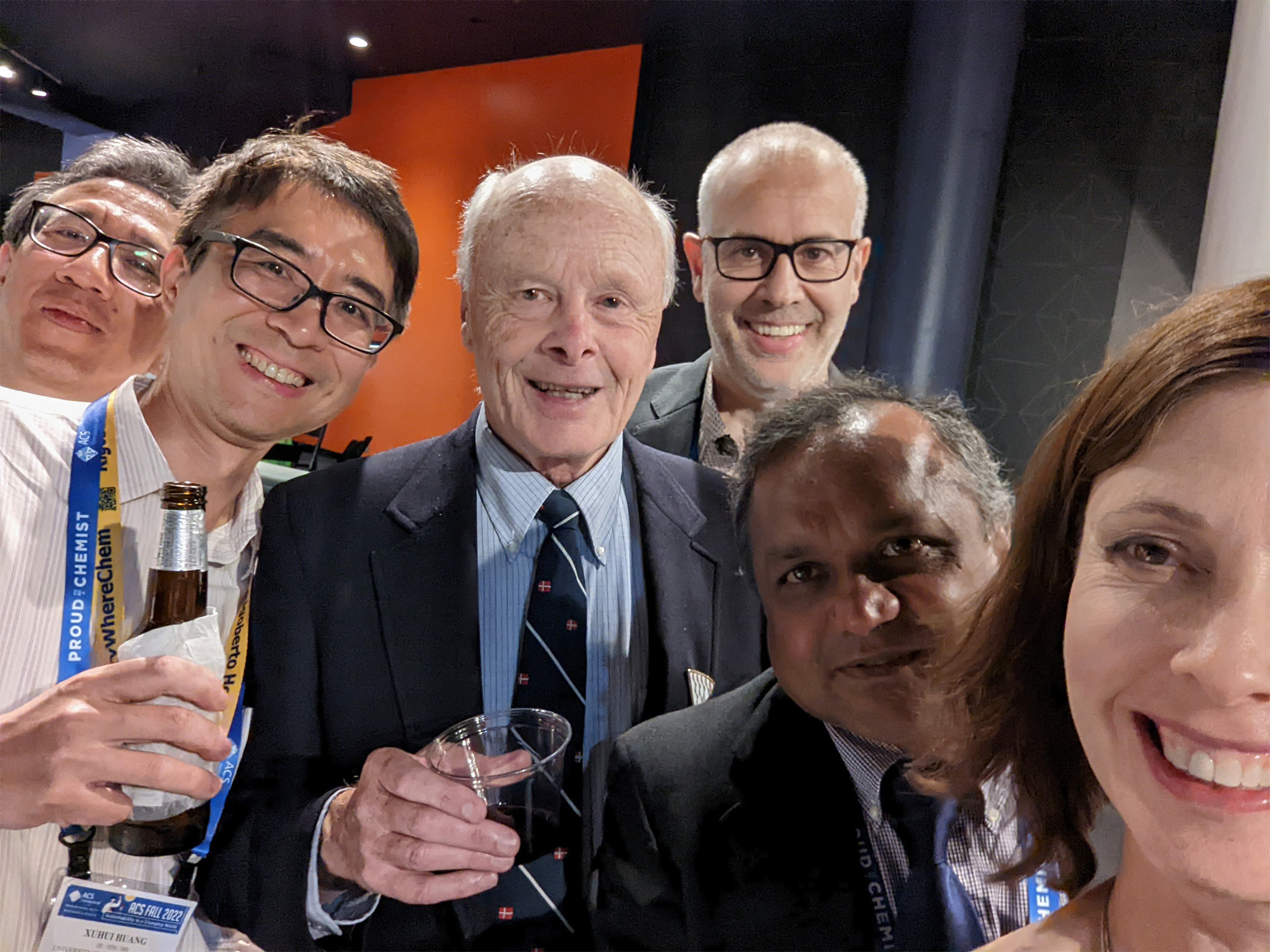 – Jack Simons at the 2022 PHYS awards banquet in which he was honored by creating the Jack Simons Award in Theoretical Physical Chemistry.