The following PHYS members have agreed to stand for election.
We are grateful for their willingness to serve the Division. 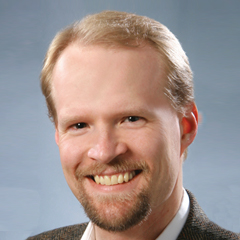 John B. Asbury is a professor in the Chemistry Department at the Pennsylvania State University and co-founder and chief scientific officer of Magnitude Instruments. Since coming to Penn State, John’s research has focused on understanding how the structure and dynamics of materials and catalysts influence their applications in energy and materials science. This often requires development of new experimental techniques to probe matter and energy at the atomic scale. Consequently, a significant part of the research group is focused on developing new ultrafast spectroscopy tools to examine emerging photovoltaic and catalytic materials based on colloidal quantum dots, organo-halide perovskites, transition metal dichalcogenides, and organic semiconductors. The drive to develop new experimental techniques also led to the founding of Magnitude Instruments. John proposed experiments to the U.S. Department of Energy that (he didn’t realize) could not be done with existing technology. His graduate students and co-founders of Magnitude had to reimagine what transient absorption spectroscopy should be to achieve the program goals. That work, and the innovations that followed, have been translated into ultrahigh sensitivity transient absorption instruments that are opening new areas of research and development. That drive to integrate fundamental science and practical innovation in energy research led to John’s interest in running for the PHYS Vice-Chair-Elect position. 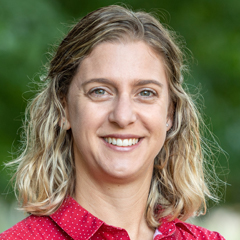 As a Professor of Chemistry at the University of Michigan, my lab develops super-resolution fluorescence microscopy for experiments in areas that range from nanophotonics to cell biology. My broad interests in Physical Chemistry include both basic principles and applications, and as an ACS-PHYS officer, I will strive to incorporate all facets of Physical Chemistry into the selection of scientific program topics, award recipients, and executive committee members. My past service to the ACS includes serving as the chair of the ACS-PHYS Biophysical Division, acting as a facilitator in the ACS Postdoc-to-Faculty Workshop, and co-organizing ACS symposia for 2016, 2019, and 2022; I am also currently a Senior Editor at the Journal of Physical Chemistry. Beyond the ACS, I have organized regional and international meetings including chairing the 2018 Single Molecules Gordon Research Conference. In all aspects of my job, I am deeply committed to establishing a professional culture in which people from marginalized groups can thrive. As an ACS-PHYS officer, I will continue to ensure that diverse voices and viewpoints are a valued part of this scientific community. 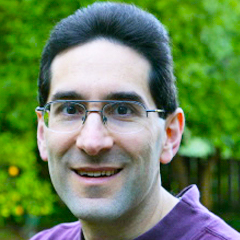 Prof. Benjamin J. Schwartz’ current research interests include quantum non-adiabatic processes in condensed phases studied from both theoretical and ultrafast spectroscopic points of view, as well as studies of the fundamental processes, spectroscopy and device physics underlying doped conjugated polymers for applications in thermoelectrics.  He received his Bachelor’s degree in Physics and Chemistry from the University of Michigan in 1986, and his Ph.D. in Experimental Physical Chemistry from UC Berkeley in 1992, working under the direction of Prof. Charles Harris.  After carrying out postdoctoral work in theoretical physical chemistry at the University of Texas, Austin (1993-5 with Prof. Peter Rossky) and in the spectroscopy and device physics of semiconducting polymers at UC Santa Barbara (1995-6, with 2000 Nobel Laureate Alan Heeger), he joined the faculty at UCLA in 1997.  He was promoted to Associate Professor with tenure in 2002 and Full Professor in 2004.  Prof. Schwartz has received Teacher-Scholar awards from both the Dreyfus Foundation and Research Corporation, is a Sloan Foundation Fellow, and is the recipient of UCLA’s distinguished teaching award.  Prof. Schwartz served as Senior Editor for the Journal of Physical Chemistry from 2005 to 2019, and he has been serving as Senior Editor for the Journal of Physical Chemistry Letters since 2019.  Prof. Schwartz is just completing 3-year terms on an ACS National Award committee and as an elected member-at-large for the PHYS division, and he wishes to continue his service to PHYS by being more involved in the division as counsellor.  If elected counsellor of the PHYS division, Prof. Schwartz believes he believes he brings a unique point of view in that he works in both theory and experiment, and thus can help contribute to policies and programming that will equally serve both major branches of physical chemistry and help to cement the ties between them. 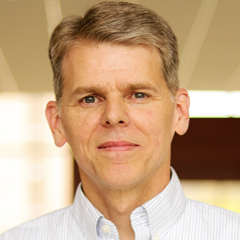 Ward Thompson is a theoretical chemist whose research investigates chemical dynamics in complex environments ranging from mesoporous silica to gas-expanded liquids with a focus on close connections with experimental measurements.  Recently his research group has developed new methods for calculating activation energies from simulations at a single temperature to provide new insight into dynamics such as diffusion, reorientation, and vibrational spectroscopy.  He received his B.S. degree from Oklahoma State University in 1991, where he carried out research on nonadiabatic transitions, and his PhD in 1996 from the University of California, Berkeley working with Prof. William H. Miller on gas-phase quantum reactive scattering.  Ward carried out postdoctoral research with Prof. James T. Hynes at the University of Colorado, Boulder from 1997-2000, where he investigated charge transfer in hydrogen bonding and solvation effects on the nonlinear optical properties of push-pull polyenes.  He has been a faculty member in the Department of Chemistry at the University of Kansas since 2001 and was promoted to Full Professor in 2010.  While at KU he has received a William T. Kemper Fellowship for Teaching Excellence and been Professeur Invité à L’Ecole Normale Superieure.  He has been active in organizing local, national, and international conferences and symposia that bring together physical chemists with diverse interests. 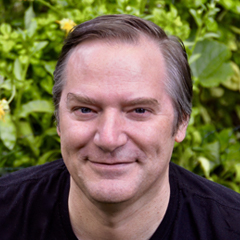 I am a theoretical chemist at the University of Colorado, Boulder. I study the fundamental physical chemistry of molecules and materials that have applications for more sustainable water and energy usage. I am running for Alternate Councilor because I would like to be more involved in the governance of the PHYS division. The pandemic has left many disconnected and isolated, and it has become even more challenging for young scientists to start their careers. The ACS is a powerful organization that can do a lot to help. I hope to join a team that advises on policies that support inclusive community structures for all chemical scientists. 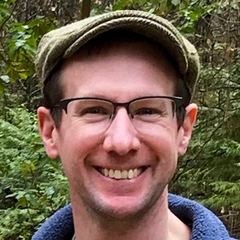 As Professor of Chemistry at U.C. Berkeley, I run a research group focused on the statistical mechanics of complex molecular systems. We develop and apply fundamental theory and computational methods to explore emergent behaviors in contexts ranging from chemical physics of the liquid state to biophysics and materials science.

The ACS PHYS Division performs an important service to the physical chemistry community by organizing symposia that highlight the most active and interesting areas in our field, by recognizing the accomplishments of researchers across all career stages, and by promoting the discipline as an essential component of modern chemical research. Contributing to these activities is worthwhile and gratifying work, which I have previously enjoyed as officer and chair of the Theory Subdivision (2009-2012). I would be happy to serve again as Alternate Councilor. 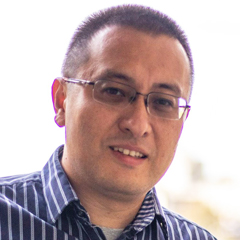 Wei Xiong is an experimental physical chemist in the Department of Chemistry and Biochemistry at the University of California, San Diego. Dr. Xiong received his B.S. in Chemistry from Peking University and a Ph.D. in Physical Chemistry from the University of Wisconsin, Madison, where he worked with Prof. Martin Zanni, focusing on developing ultrafast nonlinear infrared spectroscopy to measure molecular structures and dynamics at interfaces. He then joined the University of Colorado, Boulder and JILA as a postdoctoral researcher, working with Professors Margaret Murnane and Henry Kapteyn to develop photoelectron spectroscopy and high harmonic generation for studying electronic dynamics of nanoparticles. He started his independent career at the University of California, San Diego, in 2014. His research group investigates ultrafast molecular dynamics of materials and biological systems by follow them in space, time, and energy domains, using nonlinear optical spectroscopy. In particular, he focuses on understanding ultrafast vibrational dynamics of molecular vibrational polaritons, hybrid quasiparticles formed when molecular excitations and photonic modes are strongly coupled. His research shed light on the mechanism of how polaritons can modify chemistry and the potential applications of polaritons in quantum technologies. His group also developed nonlinear optical imaging techniques to resolve the microscopic and mesoscopic structures of self-assembled materials. As an educator, he is interested in finding new ways to engage the next generation of scientists in physical chemistry research. He has received the NSF CAREER Award, DARPA Young Faculty Award, AFOSR Young Investigator Program Award, the Journal of Physical Chemistry Lectureship, and Sloan Research Fellowship. He has served as a guest editor for the Journal of Chemical Physics and is a member of the Editorial Advisory Board of the Journal of Physical Chemistry. He aims to create more opportunities for young physical chemists from all backgrounds. 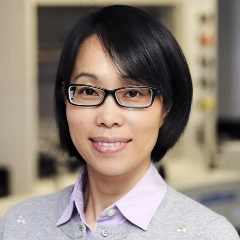 Jier Huang is an associate professor at Marquette University and is an ultrafast spectroscopist who studies the photophysical and photocatalytic properties of semiconductor and porous crystalline materials that can be used for solar energy conversion. Jier received her B.S. (2001) and M.S. (2004) in Chemistry from Lanzhou University in China, and PhD in Physical Chemistry in 2010 from Emory University under the direction of Tianquan (Tim) Lian.  Jier completed postdoctoral training at Argonne National Laboratory under the supervision of Lin X. Chen, after which she started her independent career at Marquette University in 2013. Jier is a recipient of NSF CAREER award, DOE early career award, mentor of the year in 2019 and Way Klingler Young Scholar Award at Marquette University. She is currently the Chair-Elect of Energy Subdivision in Physical Chemistry (ACS), and served as Advanced Photon Source Users Organization Steering Committee Member (elected, 2018-2021). As a candidate for this position, Jier aims to bring passion, commitment, and a collaborative attitude to the position of member-at-large, and work on initiatives that foster the involvement of physical chemists of all ages and background. 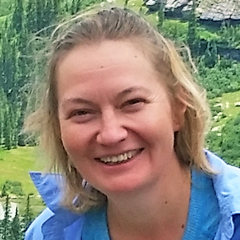 Lyudmila Slipchenko is a theoretical and computational chemist with research interests in solute-solvent interactions and electronic structure and spectroscopy in the condensed phases. She received Bachelor and Master degrees in Applied Mathematics and Physics from the Moscow Institute of Physics and Technology in Russia and a PhD in theoretical chemistry from the University of Southern California with Anna Krylov (2005). After postdoctoral work with Mark Gordon in Iowa State University, she started an independent carrier at Purdue University in 2008, where her tenure-track work earned her an NSF CAREER award. Lyudmila have organized national and regional ACS PHYS division symposia and serves as a Senior Editor of the Journal of Physical Chemistry.  She hopes to contribute to tightening the bonds between computational and experimental work and increasing the involvement of undergraduate students in physical chemistry research.